For the last few days, a young girl came riding her horse past the Wayfarer.  Finally tonight, we caught her eye and asked her to come to the front porch.  She did.  Wearing sunglasses and blond braids, I had no idea who she was.  Turns out, I have known her, with dark hair since she was 2 years old.  Alyssa Lone, she works at Glen’s Market and for the Frankfort Volunteer Fire Department. What a girl… 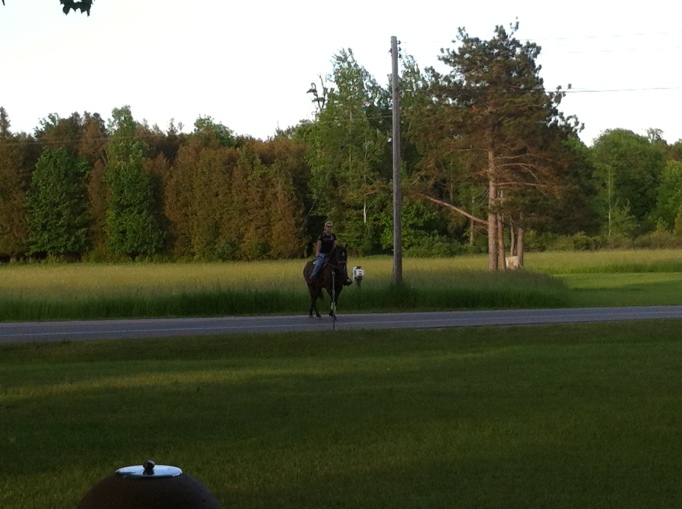 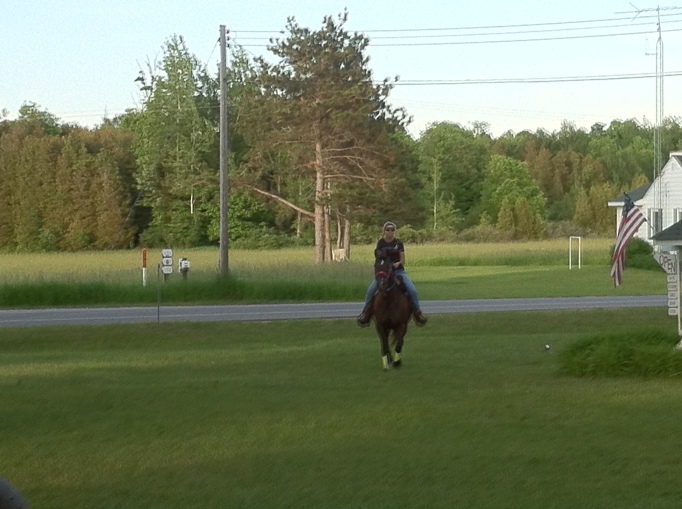 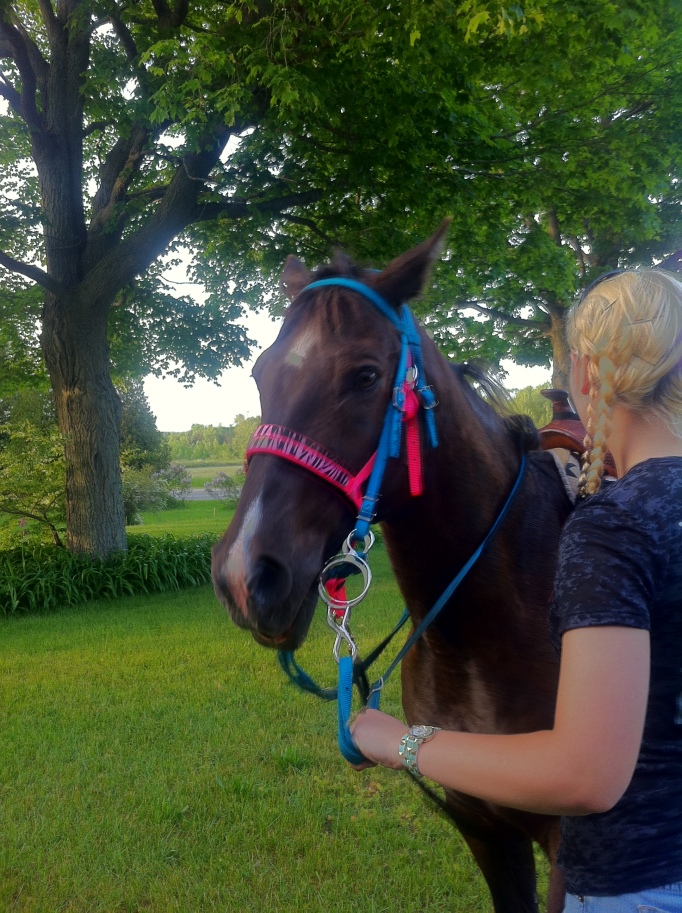 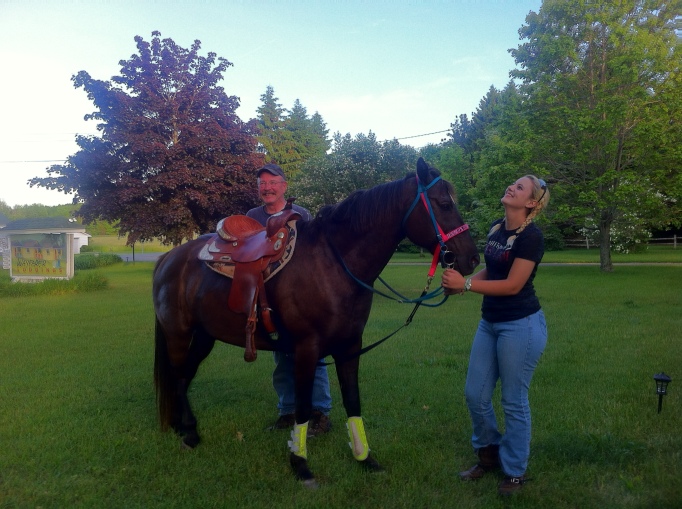 Today was one of the most beautiful days you can imagine. The sun was out, the sky was blue, the temps were in the 70’s the leaves on the trees showed their fall colors and I baked cookies, hehe. Martha Stewart’s Buttery Pecan Rounds to be exact. Yum.

Ok, I know that’s not what you want to read about. You want to know how much fun the parade was.  Without further ado, here are the pictures of the parade. Sadly I never made it back into town to see all the other goings on.

So, first I went by Lee’s house. She has such a knack with decorations and beautification

And then I got to the parade staging area where there were all these pooches in their fun costumes: 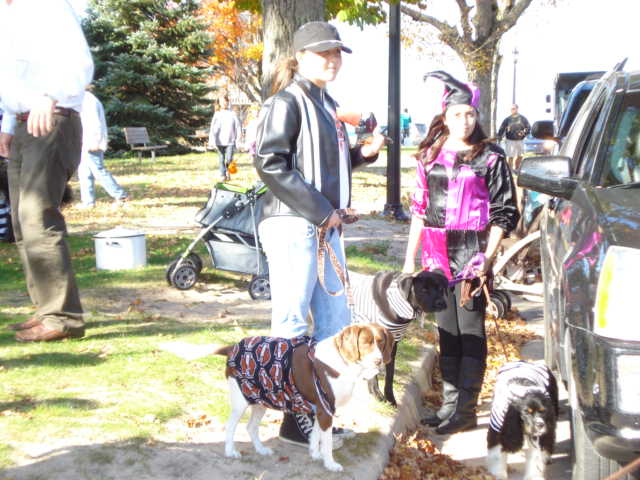 😆  can you see the Wiener Dog in his banana suit? 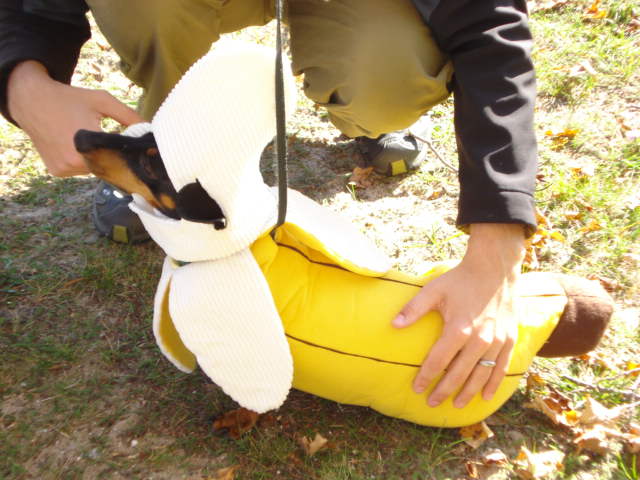 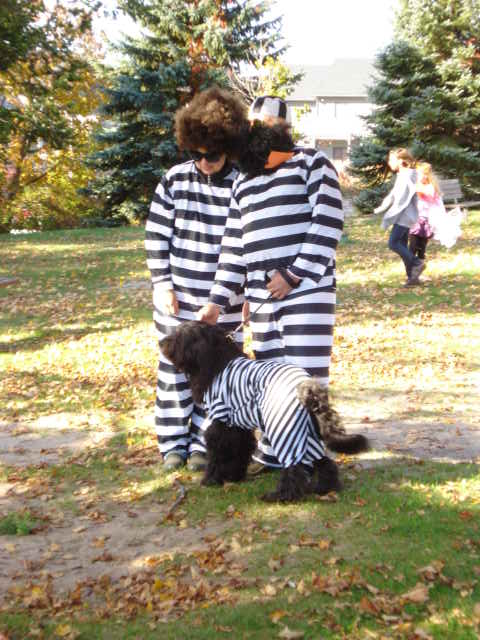 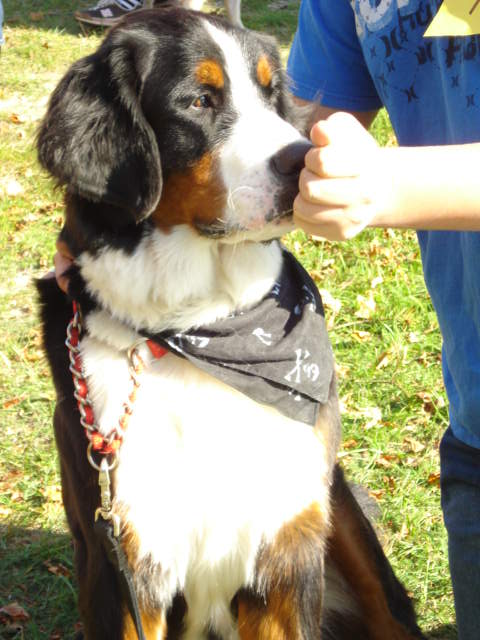 Of course there were the horses… 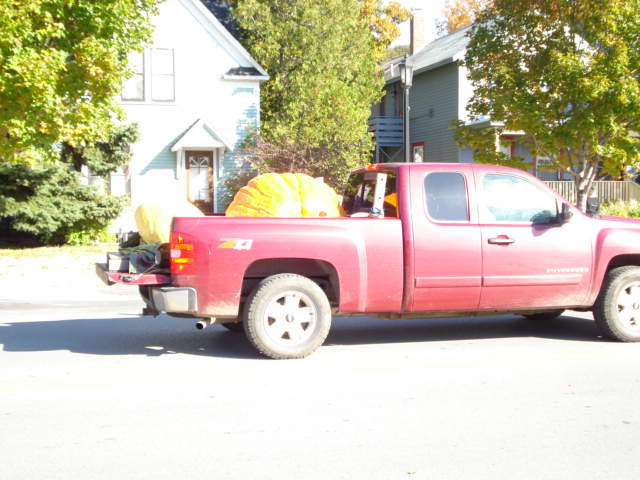 …as well as lots of cute foreign and domestic cars 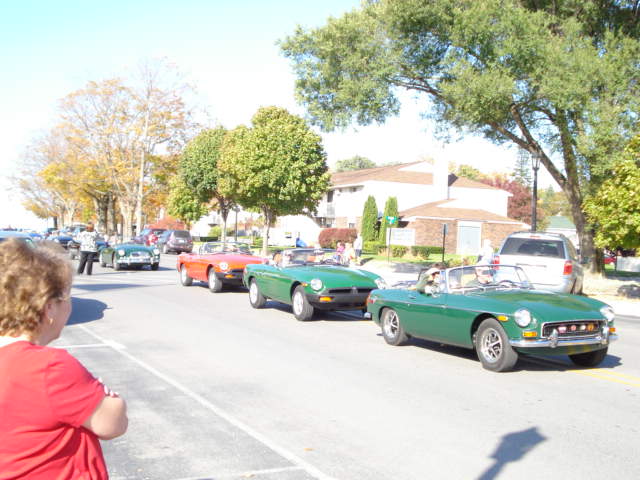 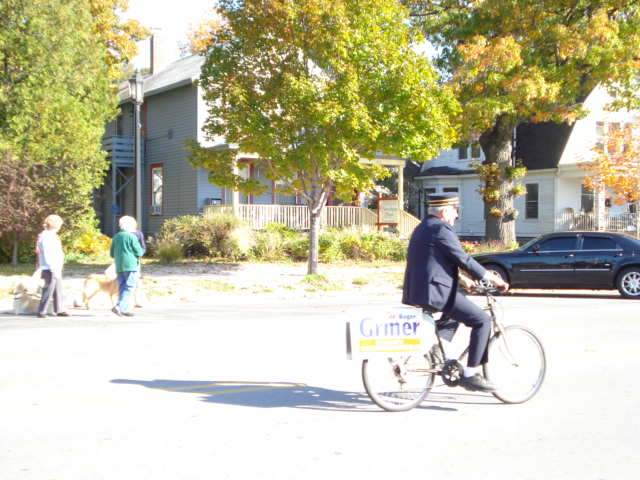 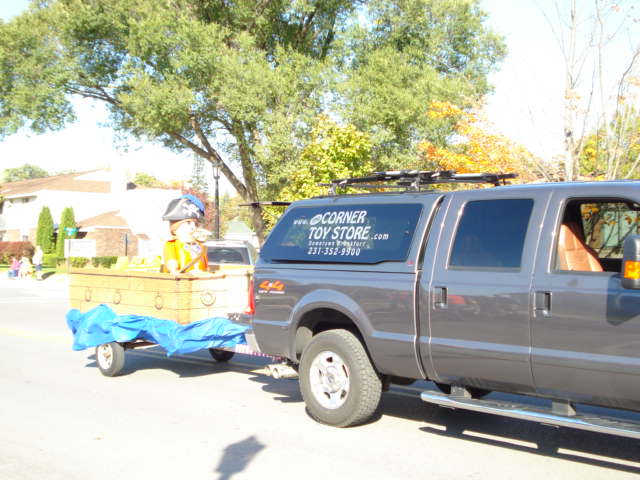 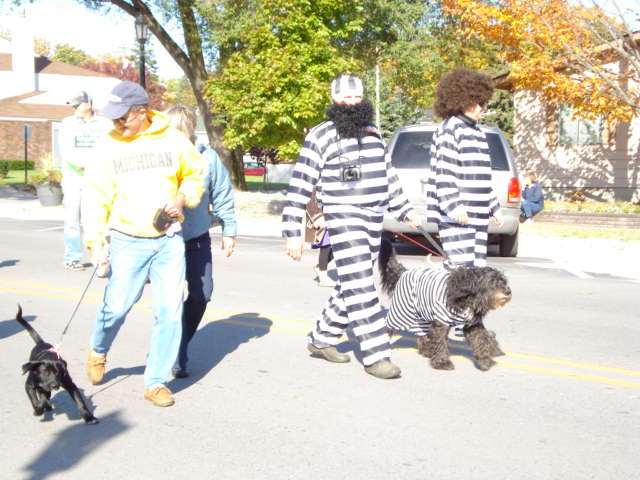 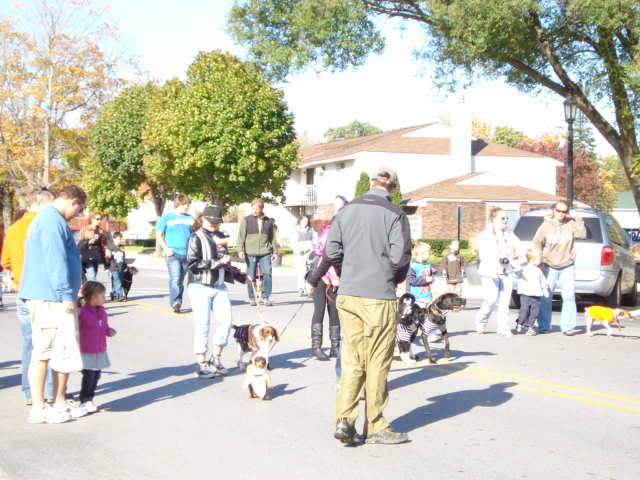 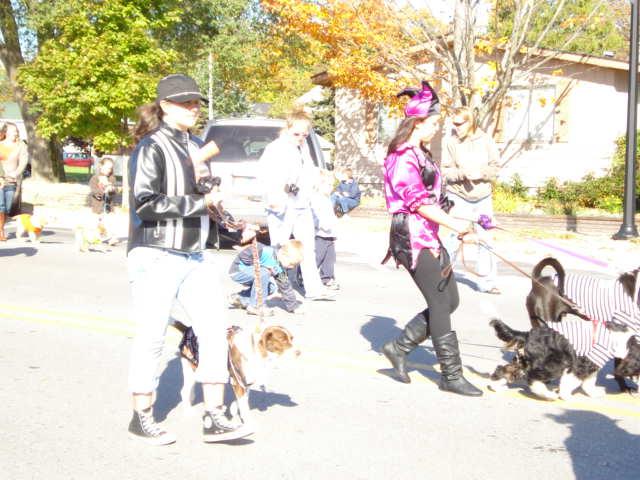 The queens of the Mutt March, Roxie and Lee.  That about does it for the parade.  I found it strange that there was total silence during the parade except for maybe some whoops and hollers as the floats went by.  I am going to school to ask where the heck the school’s band was.  They are quite good and should be heard other than at concerts once a year.

And when I came home I found a box in the mailbox addressed to meeeeee:

The Fuller’s had sent a huge hug for me.  I feel loved 🙂

I have a cool video of the Fall Festival, click here