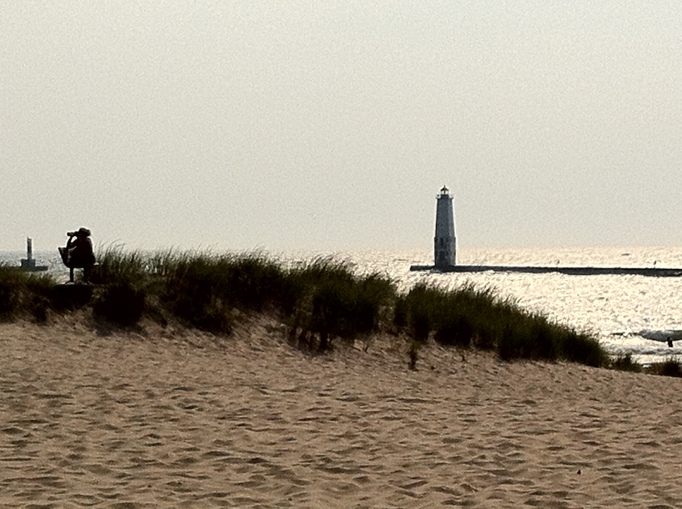 Tonight Mike and I decided to go to the beach  in Frankfort and see the waves and kite boarders. 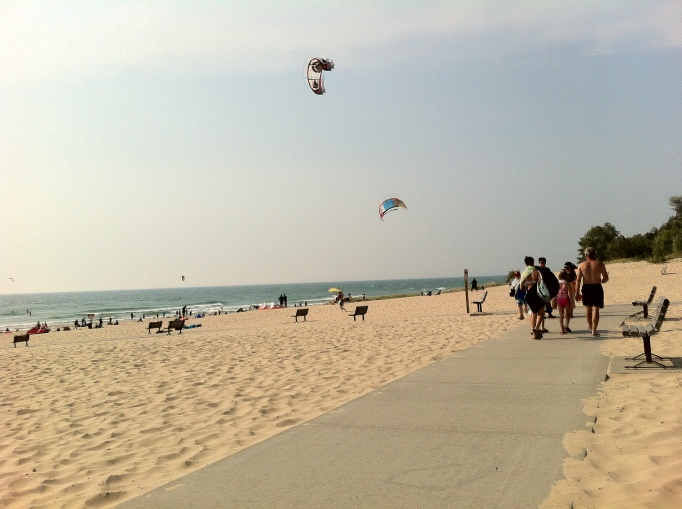 …and then we decided to visit a few of our favorite watering holes.

So we went to the Stormcloud Brewing Company first, then to Dinghy’s and on our way back to the car,

we stopped in at Coho.  And that is where the fun started.  As we walked in, Jess, the bar tender, said

and the group that was occupying the bar area went nuts.

“Ummmmm,  thanks for the warm welcome, peeps but what’s going on?”

Come to find out that they, from New England, had read my review of the Coho on
Four Square and went to see if it was what I said it was.

The year was 2003 and business was great.  It was one of the best fishing summers we’ve had in the last 14 years. People came from everywhere.  Everywhere meaning Virginia, Texas, North Carolina, Kentucky, California, Missouri – everywhere. Our place looked like we were a boat dealership, there were so many parked here at night.  That was the year we could not close in early November like we always do.  People kept coming and the Wayfarer was booked solid until way after Thanksgiving.
That summer also brought a guest who came all the way from New York. He was a writer for Forbes Magazine but we didn’t know that until weeks later.   Mike saw him working on his lap top and chatted with him, but the man never told Mike who he was.
A couple of weeks after that, we got a phone call from someone at the magazine, verifying our prices.  Mike was so excited to have someone from Forbes calling here but I didn’t believe it.  So I called the number back and wouldn’t you know it, it really was who they said they were.
Long story short,  there was a small article about our area in that summer’s edition.  It told about how in Michigan all the food is fried, it talked about Dewey’s Gun and Barber Shop 😆 , it talked about the great food at  Dinghy’s , and it talked about the peace and quiet at the Wayfarer. He actually wrote something like : If I ever enter the witness protection program I am going to request this place for it’s peace and quiet.

That was also the summer when we appeared in Fromer’s Travel Guide,  again not an advert – another article. We ultimately landed on the front page of MSN.com for a whole week, and for 6 weeks after that – in their travel section.   We didn’t know about it until the phone wouldn’t stop ringing and we finally asked the next caller what the reason for their visit to Benzie County might be.  Wow, were we surprised and proud and all that goes with that sort of thing, when we found out about our exposure to the world.